Have a look at the growing list of free games you can get on the Epic Games Store in 2022.

Without treading into the realm of meme-inducing bad pop songs - it's Friday! But we're only saying it once. You know it, we know it; everybody looks forward to the weekend. And we'll only acknowledge its existence for a single reason - video games!

An unknown ex-developer from the now closed Bioshock creators Irrational Games has taken to writing an article on hackernoon to express claim that publisher 2K Games are responsible not only for Irrational Games closure but also for the tanked projects of Evolve, The Bureau: XCOM Declassified  and Mafia 3.

Coming off of the release of Bioshock: The Collection, quite a few PC players had reported performance issues affecting the remastered versions of Bioshock and Bioshock 2, while others asked for further options to fine-tune the experience to their liking. 2K has been paying attention. Both issues will be the central focus of an upcoming patch to Bioshock: The Collection.

From the release of the original Bioshock in 2007 up to the mass layoff and restructuring of Irrational Games in 2014, director and Irrational co-founder Ken Levine had been an active voice and face in the video game industry. Then, following shortly after the release of Bioshock Infinite his studio downsized and Levine has slipped quietly into the background since. With the recent release of the Bioshock Collection Levine broke silence in an interview and spoke up about the physical and mental strain that keeps him from ever wanting to go back to the series. 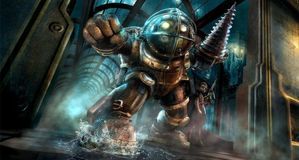